“Fingerspitzengefühl” is one of those German compound words.  Literally, it means “Finger-Tip-Feeling” but the word describes more than a tactile sense. It means being sensitive and having empathy. Wikipedia describes it aptly as “situational awareness.”

It’s instructive to experience real estate from both sides, the seller’s and the buyer’s sides.   Understanding both points of view is essential for a good real estate agent who wants to do the very best for one or the other. I emphasize “or” because representing both seller and buyer in a transaction – called “dual agency” – is typically a disservice to both parties with the only winner being the agent.

Fingerspitzengefühl on the Buyer’s Side 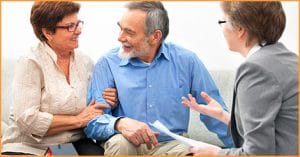 On a rainy Seattle Sunday afternoon, my buying client and I met at yet another promising short sale. The home was in a planned urban development (PUD) with street parking at a premium. More than ten cars were parked in sections clearly marked ” fire lane” and, once inside, it became obvious that the listing agent had been pressed into an impromptu open house.  The small entryway of the 1700 square foot home was littered with shoes, some of the prospective buyers rushing to the back door for a glimpse of the tiny backyard, others jostling for space on the stairway leading up to the three bedrooms.

My clients liked the home, though not everything about it.  This was our third home tour in the neighborhood and they had hesitated to make an offer.  With the supply shrinking, they chose to focus on the positive –  built in 2006, efficient floor plan – and decided to make an offer.  trusting my Fingerspitzengefühl, I left them to arrive at the decision by themselves, no need to get between husband and wife even if you do not understand Ukrainian.  When they called me an hour later, I was ready to prepare the offer. Having seen several homes together and after submitting one unsuccessfully before, we agreed what kind of offer it would take to beat out others and win the seller’s approval.  Just having been at the receiving end was most helpful.

Fingerspitzengefühl on the Seller’s Side

On a Saturday morning, two weeks earlier, I was sitting on the other side of the table. More accurately, I was standing in the middle of a 2,400 square foot rambler directing traffic.  I had intended to hang the sign on the post and put out the lock box but a steady stream of agents and hopeful buyers left me no other choice but to stay around. By the time I left mid-afternoon, I knew to expect more than one offer. In the end, there were twelve.

Presenting any listing client with that many offers takes Fingerspitzengefühl, especially when the seller is 90 years old. The offers had only one thing in common. All buyers were prepared to pay more than list price, some substantially more; a few waived the inspection.  To sort through the offers and rank them I entered the most important data into a spreadsheet – financing, closing date, critical contingencies.  As the spreadsheet filled up with data it became clear that two offers stood out. Both were, what are called “clean offers,” absent of complications like escalation clauses. My client saw which offer served her interests best and made the decision.

Fingerspitzengefühl means taking everything tangible and intangible into account. Intangibles are what can’t be quantified but recognized such as the condition of the property and the neighborhood.  When representing the buyer, the goal is to get the offer accepted. On the seller’s side, the goal is to choose the offer that has the best chance to move forward to a successful closing.