I wrote the below post in May of 2015. Much has happened since. Scroll down to see the update.

What’s in a name? The Kirkland neighborhood itself is named after the mall – Totem Lake. There’s a Totem Lake Boulevard, Family Medicine and Shoe Repairs –  all named after an entrepreneurial failure. But that’s about to change for the better – again. I say again because there were other attempts, not so long ago, to revive the Mall.

In 2011, the Kirkland Reporter published a 5-part story that discussed the Mall and surrounding area in considerable depth. The first installment of the story shed some light on the name of the mall: “Built in a style reminiscent of a Native American longhouse, the malls featured hand-carved benches and a Native American motif that drew shoppers from all over the Eastside.” The paper also dives into the naming of the lake. Quoting an authority with the Kirkland Heritage Society, the original name of the lake is said to have been Lake Wittenmyer. Before it became Totem Lake is was called Lake Watsine. Nobody seems to know why.

Yes, there is a Totem Lake! As Ross Hunter, a Washington State Representative noted in his blog, Totem Lake itself is hard to see.  It is well hidden and easier noticed than seen. You notice it because it interrupts the continuation of 124th Ave NE – a major thoroughfare – between the EvergreenHealth Medical Center and NE 124th Street. You know it’s there because the road to the south of the lake is flooded after heavy rains.  Apparently, the city of Kirkland has contracted with experts to remedy the problem.

Part five of the Kirkland Reporter story addresses the flooding and traffic flow issues. More importantly, the story mentions a Totem Lake Symposium, staged by the City of Kirkland. It brought together the former developer and other parties interested in the future of Totem Lake mall and neighborhood. That was 2006. Nothing significant came of it.

Yes, there is hope.

The latest news on the mall is another change of ownership. According to the Puget Sound Business Journal, a California developer is prepared to spend $200 million and more on the revitalization of Totem Lake Mall.

Totem Lake is home to significant health care providers, foremost EvergreenHealth Medical Center which has expanded its local presence over the past years. Nearby is a store that attracts more shoppers than any other – Trader Joe’s. A new ramp and bridge across I-405 makes access to the Kingsgate Park & Ride more convenient and invites commuting. Housing in the area is dominated by apartments and condos.  The new developer – CenterCal – is planning to add housing to the retail mix. “There are 60 potential layouts and construction is to begin a year from now”, says the developer. We shall see. 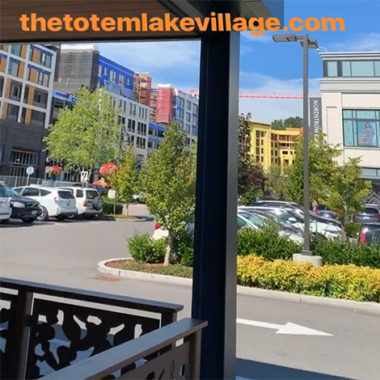 Take a look! There is more to come! Jade Residence condos

Looking to buy in Kirkland?